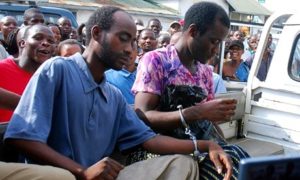 TWO MALAWIAN LGBTI CITIZENS WERE ONCE JAILED FOR 14 YEARS. FORTUNATELY MALAWI LEADER PARDONED THEM AFTER STRONG PROTEST FROM UNITED NATIONS

Human rights are rights inherent to all human beings, whatever our nationality, place of residence, sex, national or ethnic origin, colour, religion, language, or any other status. We are all equally entitled to our human rights without discrimination. These rights are all interrelated, interdependent and indivisible.

Current Problem: Despite ongoing campaigns to break the culture of homophobia, the problem remains deeply entrenched. Sexual barbarism. A Western import. Unnatural. Contagious. Un-African. Evil. Satanic. Criminal. All of these descriptions have been cited to describe same sex relations in Malawi and to support the numerous laws criminalizing homosexuality. Up to this day, Malawi remains one of the most homophobic nations in southern Africa.

The Project: Several studies by Malawi leading human rights groups in the areas of minority rights advocacy show that the media can assist in breaking the culture of homophobia. With technical and financial support from our partners, Centre for Solutions Journalism is implementing a  project called Stop Homophobia Media Campaign.